I've got this amazing tool for a while, I never really talked about it, so I think it's time. It's a component tester, relatively cheap, but quite surprising in terms of capabilities. It works on transistors, LEDs, inductors, capacitors, resistors, diodes, among a few others. It can detect the component and present it in a graphical way, providing its basic properties. For instance, it can give you LCR meter readings, distinguish between BJT and MOSFET transistors, NPN or PNP transistors, detect their gain and threshold voltage, and measure a diode's forward voltage. It's quite useful actually, although it typically comes just as a PCB with an LCD, which makes it a bit unpractical to use. And for that reason, I decided to design a 3D printed case for it and the 9V battery that powers it. 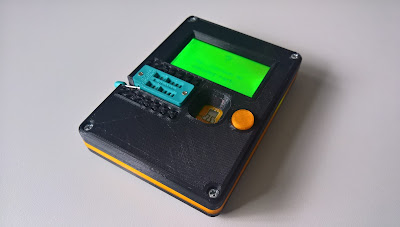 The 2 figures bellow shows how the tool is by default (minus the battery). A yellow PCB with an LCD, a push button and blue ZIF DIP test connector. I got mine from GearBest a few years ago, but the LCD usually comes a little scratched from factory, even though it comes protected with a Styrofoam like material. I'm not sure if they are repurposed from other products or what's going on with it, but it doesn't seem to be because of storage or shipping. 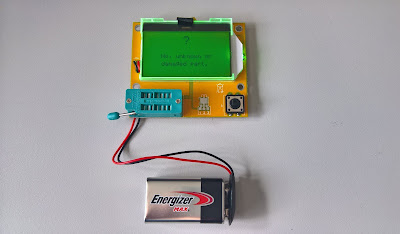 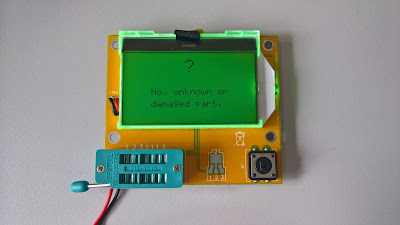 Even though it's a very useful tool to have, if you are dealing with electronic components in daily basis, it's a bit weird to use like that. Not to mention that sometimes your fingers touch the soldered pins on the back and mess with the readings. Most manufactures also sell an acrylic box, but it's so stupidly large and unpractical that I can't even consider it. Besides the SMD transistor footprint on the front is just ignored and inaccessible in those cases, which is disappointing. Therefore my thought about designing a case for it that could be 3D printed

I used Autodesk Fusion360 to design it, it's an amazingly powerful program and it's free to use for hobbyists. I designed the enclosure with a back cover, a front cover and a middle ring for practical and aesthetic reasons. The practical reason being that it facilitates printing the parts, avoiding supports in some areas, and the aesthetic reason being it makes the enclosure look better with a different color line in the middle, I opted for orange since it looks great with the black. The case is closed together with 4 M3x15 screws and 4 M3 nuts. Here is how to assemble it. 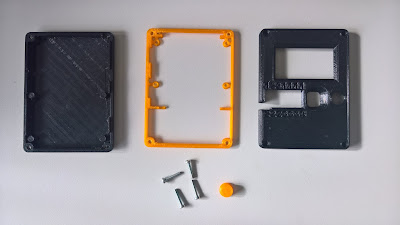 You start with your front cover, place the button in its place. 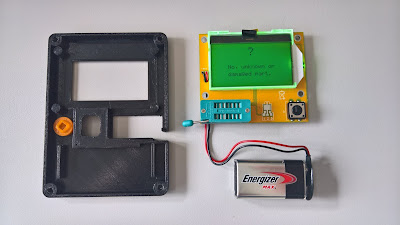 Then plug the battery to the socket, and place the PCB on the front cover and arrange the battery cables as shown in the picture. 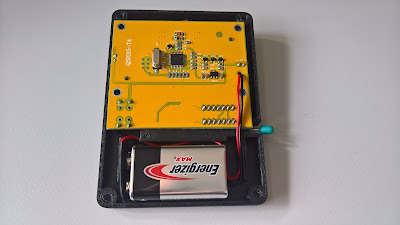 Next place the middle ring in the right position. 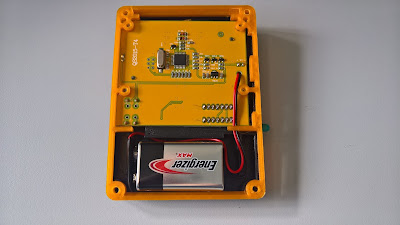 Then, put the back cover on top. 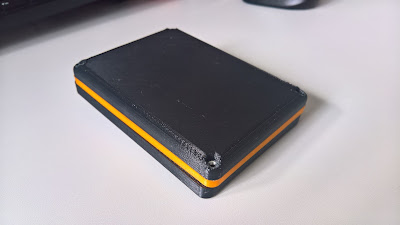 And finally place the 4 screws and nuts and tight them up. 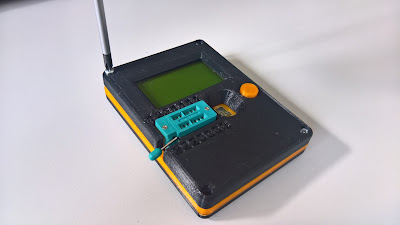 I think it looks great with that bright orange stripe in the middle. So now that it's finally practical we can start to use it properly. I started testing it with simple components. First I tried with an LED, after waiting 2 or 3 seconds, it provided me with this screen: 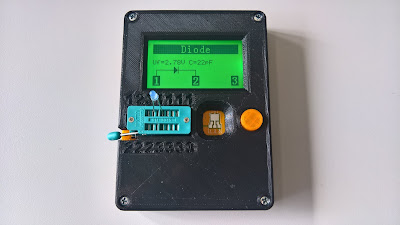 It detects it as a diode, it also tells me that the anode is conected to pin number 1 and the anode to pin number 2, the forward voltage is 2.78V and it has a capacitance of 22pF. Isn't that awesome? Next I tried with a 20kΩ potentiometer. 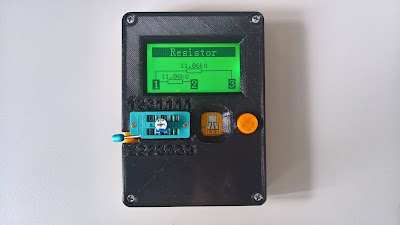 Since the pot was well balanced, it detected it as 2 resistors in series with the same value of 11.06kΩ. Next I moved to capacitors, I tried with a 470uF electrolytic capacitor and with a 100pF (101) ceramic capacitor. 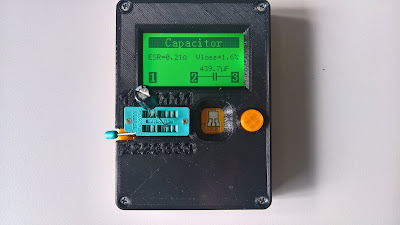 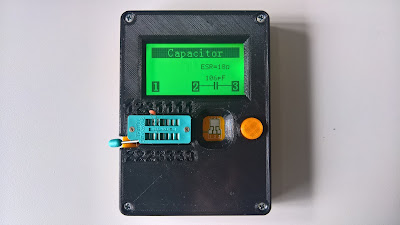 It obviously won't differentiate between electrolytic and ceramic types, which would be hard, but it does measure the capacity very well, showing 439.7uF for one and 106pF for the other. It also provides an ESR reading (Equivalent Series Resistance) which can be useful in some particular applications. Next I moved on to inductors, I tried with a small vibration motor and an audio transformer (I only plugged one side). 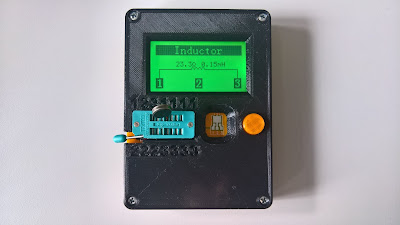 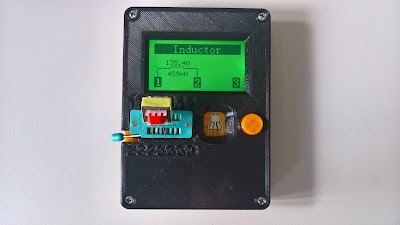 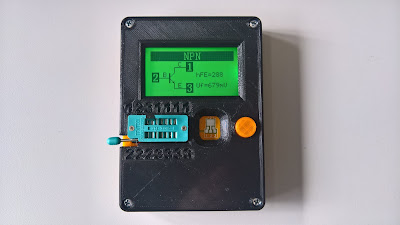 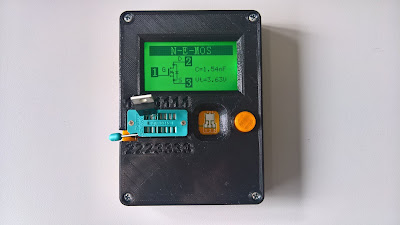 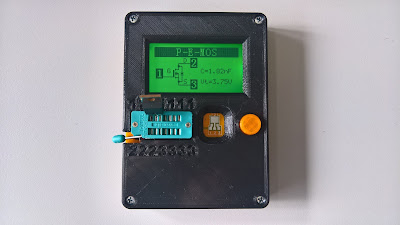 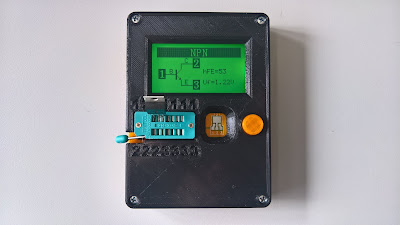 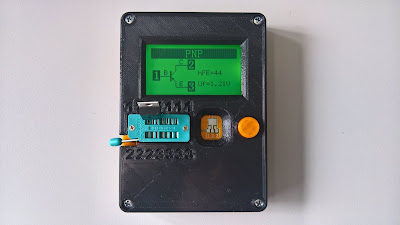 That's pretty much it. This is a new useful tool for your electronics workspace (not really new, but new for me I guess). Quite affordable and helpful to keep nearby.