Now this post is long overdue! And, since this year's Maker Faire will be in June, I think it's time to revisit last year's event. It took place on the 18th, 19th and 20th of September and it surpassed all expectations, welcoming over 14000 visitors! 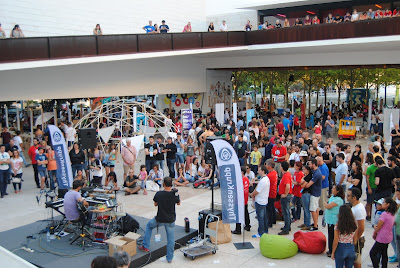 This was the second edition of the event and many things were improved since the first one, most noticeably the dropping of the "Mini" adjective from its name, being this second one a full scale Maker Faire.

The faire presented much more diversity this time around, with more arts, crafts, education, entertainment and scientific projects, besides the typical electronics and 3D printing show. There was even a Drone Race for the first time: 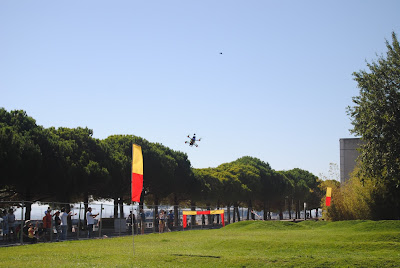 Of course as a member of eLab Hackerspace, I knew we'd be presenting a lot of stuff this year! Not only that, but we were quite a large group this time, since more people from the University would be joining us and help us represent the Algarve team! We even had our own island: 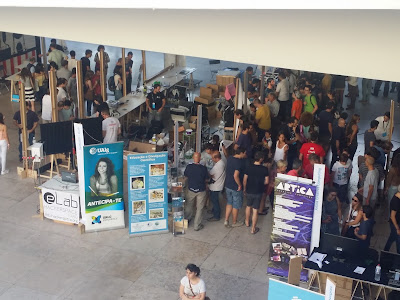 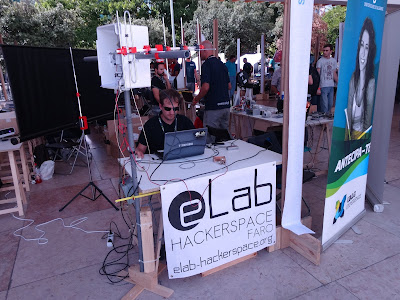 Jorge brought his mainly 3D printed robot creations, like the Curiosity Mars Rover replica, a robot arm, an hexapod, among others: 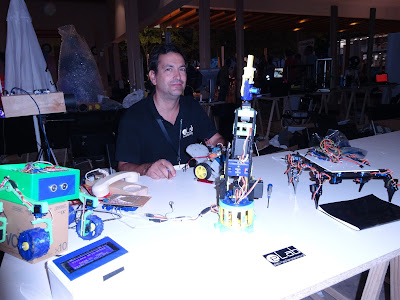 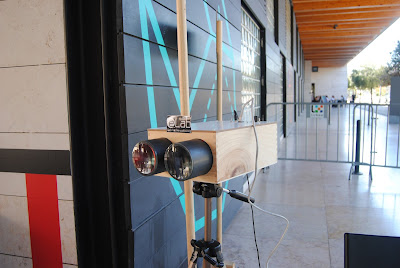 Mário presented his final versions of the Hackeyboard and TheMaker3.1 CNC machine, and also his own version of the Prusa i3 3D Printer: 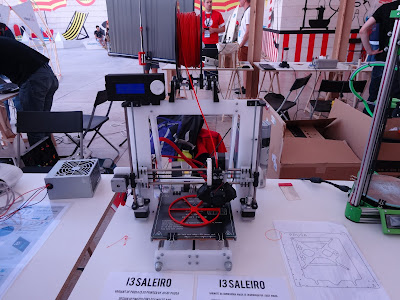 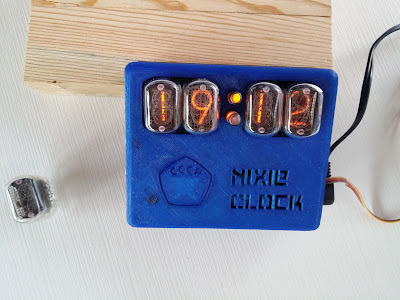 I took my 3D printed DNA Lamp and the Ion Thruster: 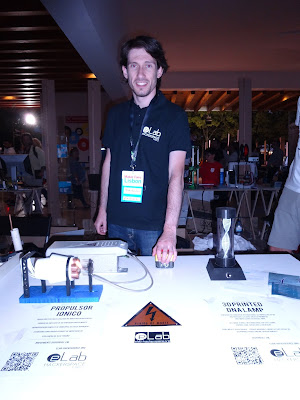 I also brought the Geodesic Dome, although Dinis was actually responsible for showcasing it: 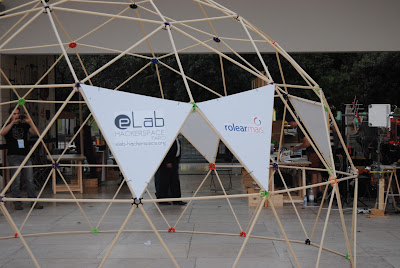 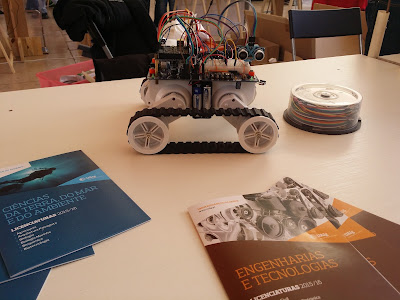 From CCMAR (Centre of Marine Sciences), Fernando Cánovas showed us his mini 3D printer made with recycled components like CD/DVD Drives: 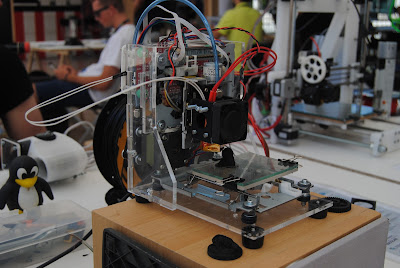 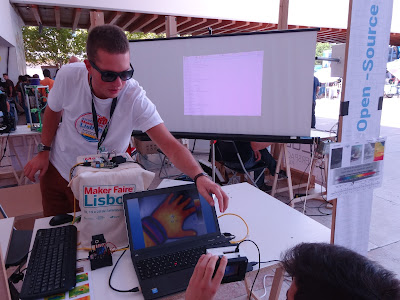 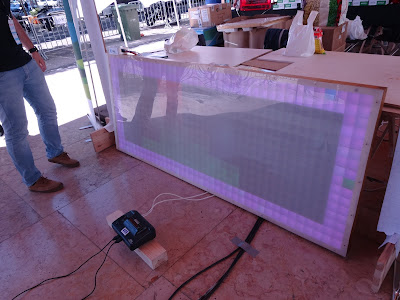 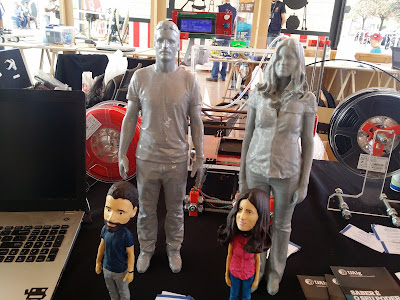 Our Algarve team got 5 "Maker of Merit" Awards also known as the blue ribbons: 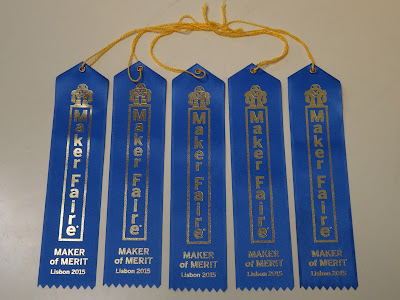 I got a "Best in Class" of Science Award, usually known as a red ribbon. Although they didn't actually gave red ribbons this year. I did got however a sweet prize pack with a Cubieboard 2, a PCduino, and a basic electronics kit among other things.

And here is our Algarve team: 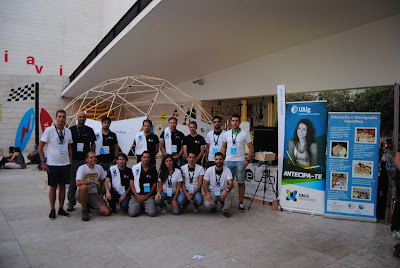 From which there was the eLab Team: 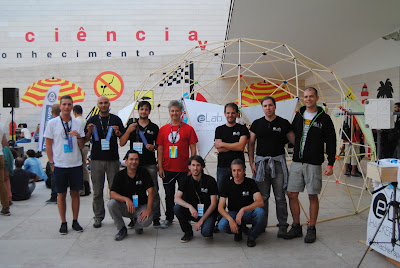 And the traditional group photo: 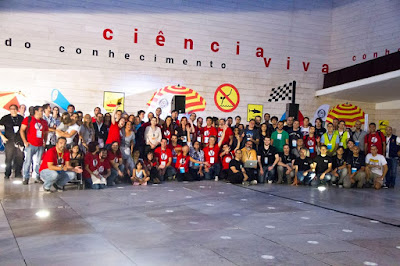 There were so many other cool projects at the Faire, but I can't keep mentioning them, or this post would be endless! Once again this event was a great opportunity to exchange ideas with other makers and meet new people with the same passion for making and building things. Until next time!