A few months ago I received the MSP430-BSL Rocket from Texas Instruments Europe, as a prize for a Facebook contest. The Rocket is a low-cost programmer for MSP430 devices but since it has its own microcontroller, I thought it would be fun to use it for another application: an EMF detector! By the way if you need a TI launchpad, I'm selling a few of mine on Tindie. 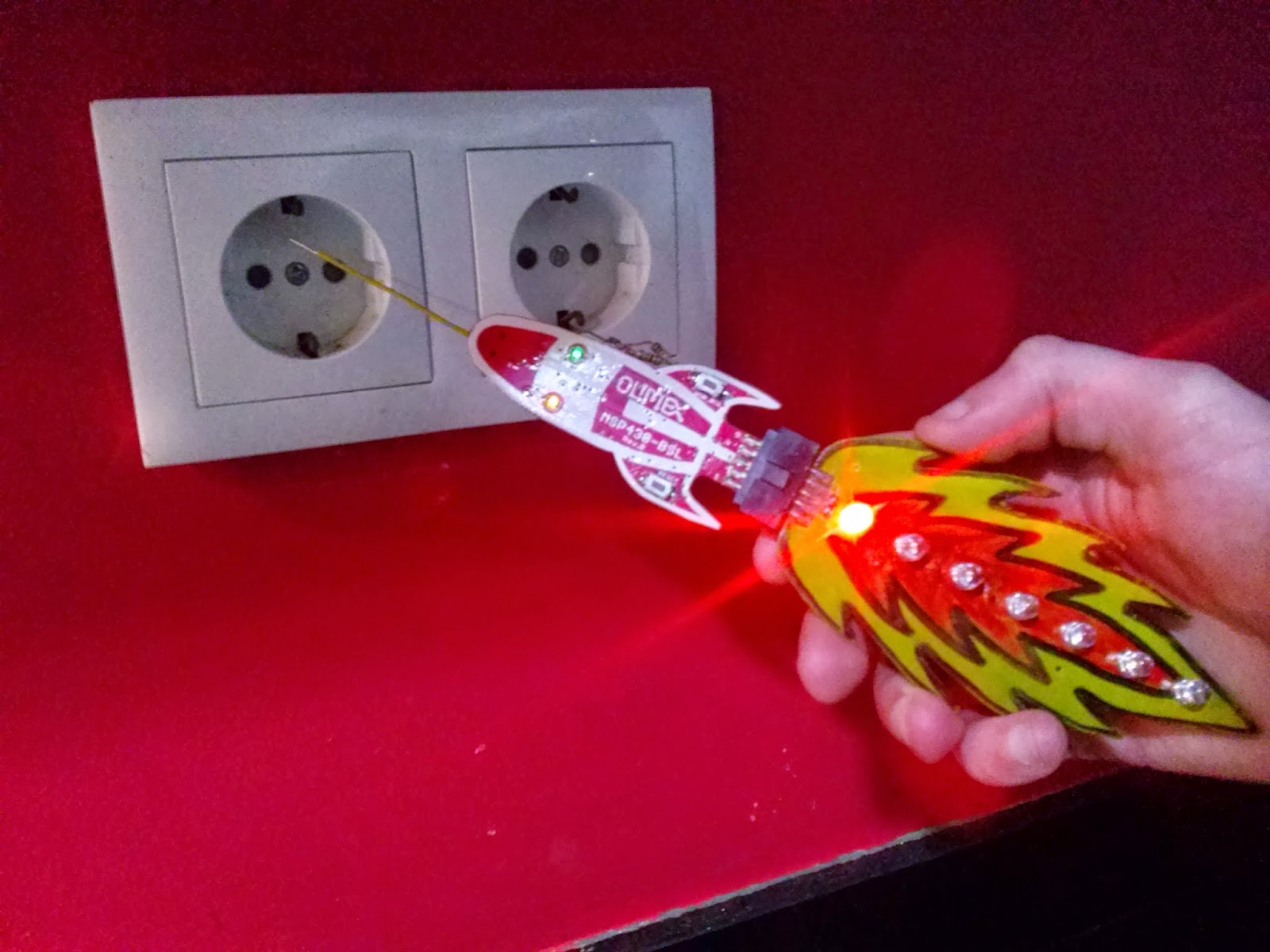 Since it has a rocket shape, I had the idea to build a custom flame shaped PCB for the output LEDs, which I could plug through the 2x5 pins BSL connector.