This is probably the most simple "project" I've ever tried, it's actually more like a small experiment than a project itself. I wanted an easy way to make light bulbs blink but I didn't want to waste a lot of time making a circuit and I wanted to use whatever I had laying around. So I decided to try a little trick: 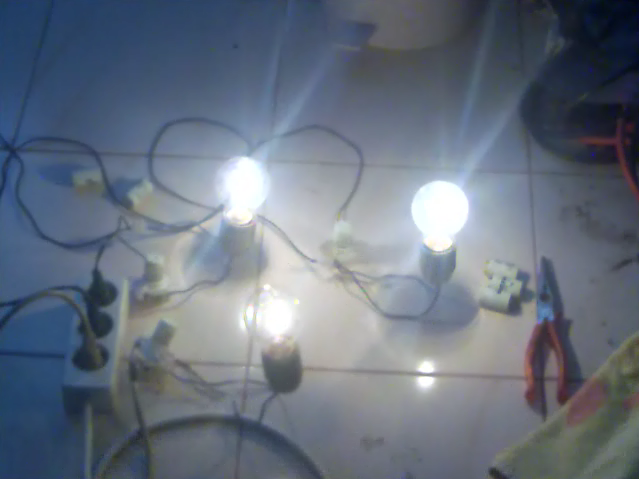 I had plenty of fluorescent lamp starters and I thought, if this is a thermal switch, it should give me the blinking random effect that I wanted. 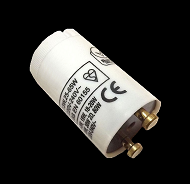 A lamp starter (at least the old ones) were basically a thermal switch, what this means is that when they establish the electrical connection, they heat up. That heat deforms the shape of the switch, which is made with a material exactly for that purpose. The deformation breaks the connection, and "the switch turns off". While it's off, the material cools down and returns to its original shape, establishing the connection again. The cycle goes on and on. With this in mind, all I had to do was to connect them in series with the lamp: 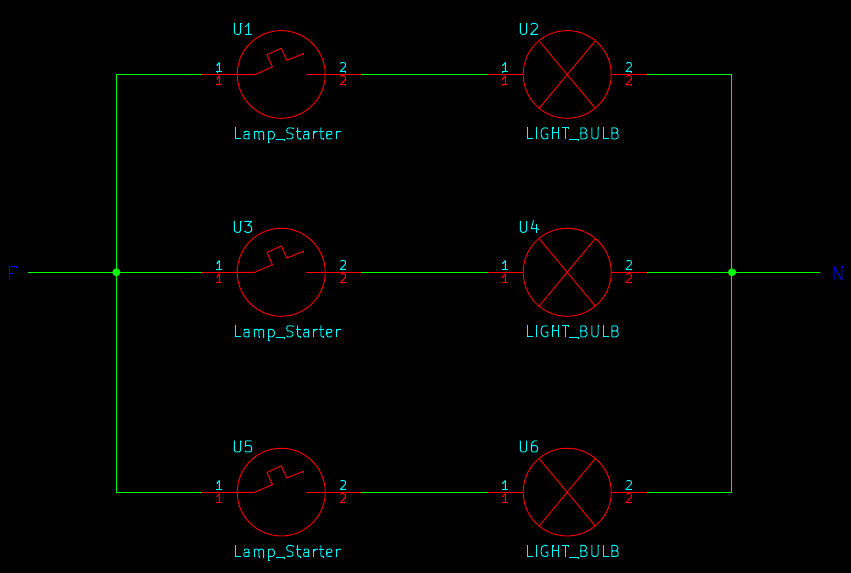 And it worked perfectly! I tried with 3 starters and 3 incandescent light bulbs, and this was the result:


Obviously this is not gonna be good for the life time of the bulbs, since they are always turning on and off, it's a matter of time until they turn off for good. But still, it's a cool and simple trick.